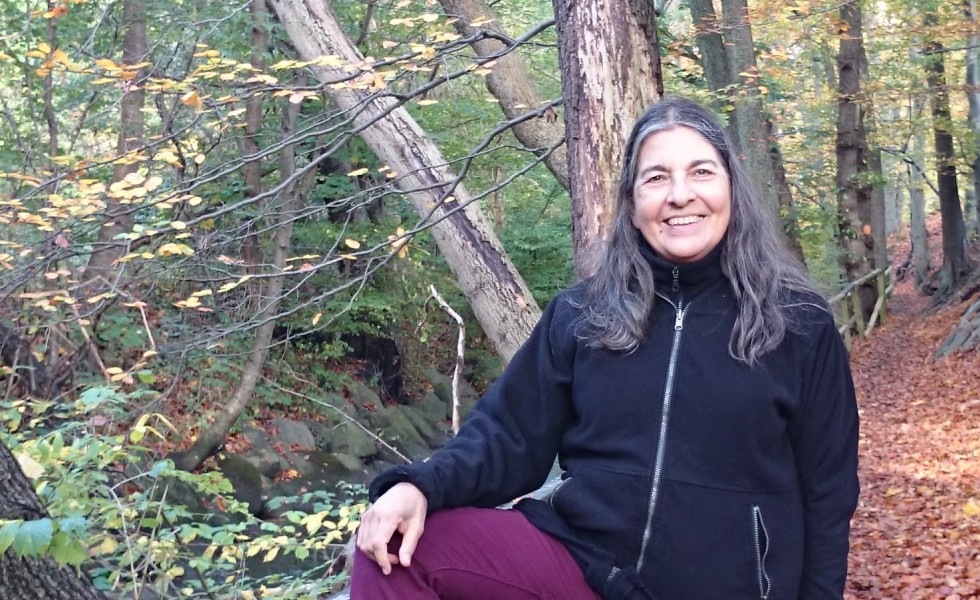 Mayni is the nickname of Cristina Aceves.

She was born in Rosario (Argentina), and has also lived in Buenos Aires, Barcelona, Palma de Mallorca and Madrid.

She studied Architecture, and worked as an Architect for 22 years. She investigated alternative forms of architecture (Hartmann lines, Rudolph Steiner’s form factors, Feng Shui …). She has studied multiple aspects of natural medicine, in her search of different healing methods (through music, gems, etc).

In 1986 she was initiated in first degree of Reiki with Anugama Marg, in Hamburg, Germany. That makes her probably the first person with Reiki in Spain. In 1987 she did second degree and she decided to be a master around 1991. She wanted to leave a profession socially accepted and admired, in order to share this gift from heaven: being able to connect oneself with the center of one’s being. In 1993 she completed her mastership with Anugama in Hamburg.

Since then she teaches Reiki wherever she is called. She teaches regularly in Spain (Madrid, Palma de Mallorca and Soller, Galicia, Segovia, Gran Canaria…) and Argentina (Rosario, Cordoba and Jujuy). She has also taught in Germany (Berlin) and Malmö (Sweden).

Mayni is a member of The Reiki Alliance (international organization which strives to keep the system in its original purity) since 1993. The TRA masters residing in Spain, who until 1999 had met informally, decided to create an organization to defend the patents (of the names Reiki, Usui Shiki Ryoho, and the kanji which is the Reiki name written in Japanese). This organization is called Comunidad de Maestros de Reiki de España and is made up of masters committed to following the Usui Shiki Ryoho system, whether or not they belong to The Reiki Alliance. Mayni was one of the founding members of the CMR.

Studies and Activities of Mayni: