Reiki to Find an Apartment 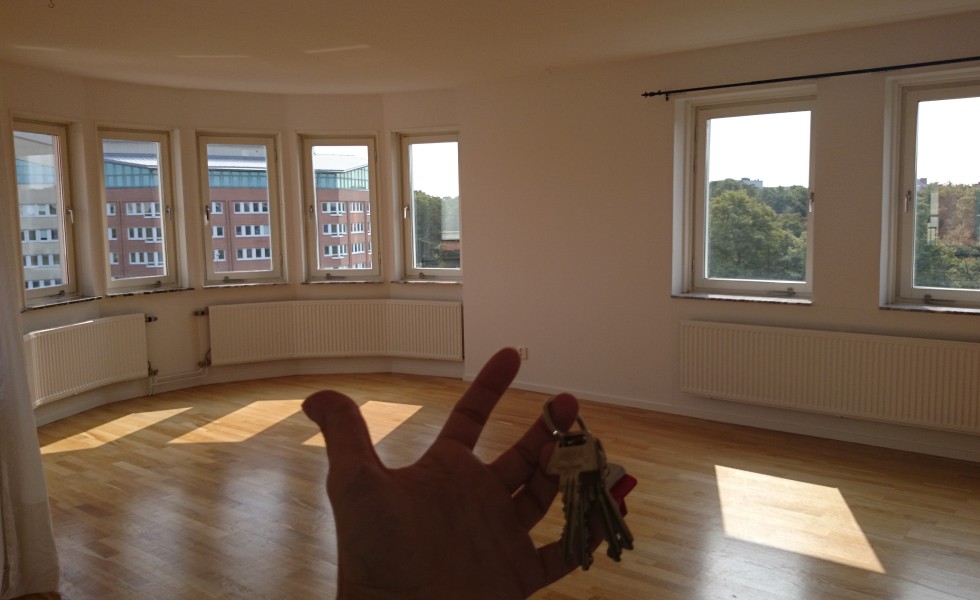 Reiki simplifies daily life in many practical ways. It’s vastly more than a tool for physical well-being and health (for which it is better known). A great example which I greatly enjoy today and that happened not long ago, was finding apartment in Malmö (Sweden).

I moved to Sweden from Spain in June 2013. I had an agreement to work as a consultant to a translation agency, as a translation project manager. However I still had no Swedish “papers” – no ID number nor Swedish bank account.

Only somebody who has lived in Sweden can understand the frustration of finding housing here. In other countries it’s pretty easy: you just choose among all the available options. You buy a paper or magazine with ads and with a bit of luck you can find something you like that same day (if not, you simply haven’t found what you were looking for). In Sweden, on the other hand, the traditional way is signing up to stand “in line” and waiting several years until it is your turn to be able to rent. So I started by sending Reiki to the situation, a tool we learn in Second Degree (which I practice diligently on a daily basis since I learned it in July 1991). I sent light so the optimum home would appear for me, in a place where I could feel happy, safe, close to work, and at a good price.

Naturally, I was hoping to get my own apartment, a 1-room studio of sorts, but it turned out that such an option was actually not the best one for me. What I found pretty quickly was room in a shared apartment, but only for 3 months because they were all moving out. Thus I didn’t need to pay a deposit, they accepted me in spite of not having a Swedish bank or ID number, and I was able to use all their kitchen utensils. Freshly arrived to the country, with only a couple of suitcases of belongings, that was perfect. Besides it was a turn-of-the-century apartment, beautiful with high ceilings, where I had a 23-sqm room with my own balcony. It was at the street Amiralsgatan, barely 600 m from my office. Perfect! I was grateful.

Next phase happened in the fall of 2013. I sent Reiki again, a few days in a row. And relatively quickly, this apartment appeared too. A 2-bedroom place in Föreningsgatan street, also close to work, with a common inner patio with garden. It felt like a house in the middle of town. I soon found a girl I could rent out the other bedroom too, and we moved in. A second hand apartment (that means, the contract was for a limited time only) but again, this meant I could use borrowed furniture while my own economy was improving.

By Summer 2014 I had to move again, and this time I really wanted a first-hand contract, where I could stay indefinitely. Now my economy was also more stable so I could afford to purchase furniture (second hand, but my own). However I was in a bit of a hurry so I felt a little stressed. I kept looking in the ad website Blocket several times a day and sent Reiki to find the perfect place for me (not daily, but I did do it a few times). And suddenly I had four visits booked! And when I walked into my current apartment, I felt something akin to magnetic attraction: this is it! It’s the right one! This is my home. And so it was, the doors opened up, I got so much help!

It is a fascinating apartment with a very uncommon design, located just where the canal bends: I have 17 windows and views to the water from the long side and the rounded point (living room). It seems like a lighthouse from which I can see the city (funny, since the symbol we chose for Shamay is a lighthouse too!). It is downtown, as I wanted, and since it has two bedrooms there is space here for our consultation and also the Reikicourses, now that I work from home. Everybody started asking me, “How have you managed to get an apartment, and such a pretty one, after having lived in Sweden only a year?!”. No, it wasn’t “luck.” It was a true blessing. And I feel so grateful that Reiki makes it simpler and quicker for us to experience such blessings in our lives.

← Why I Blog
Essential oils in lung health →