Sometimes my work as a freelance translator coincides with my passion for food, cooking, and culture. During the fall of 2014, I had the assignment to translate “The Swedish Kitchen”, a sweet little book about Swedish culture with some nice gourmet recipes, from English/Swedish into Spanish. The assignment came from the Swedish Institute, is a public agency that promotes interest in Sweden. 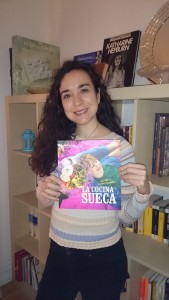 This week I had the finished book in my hands. How charming! You can find it at Swedish embassies and consultates abroad, in several languages (note: I only translated the Spanish version).